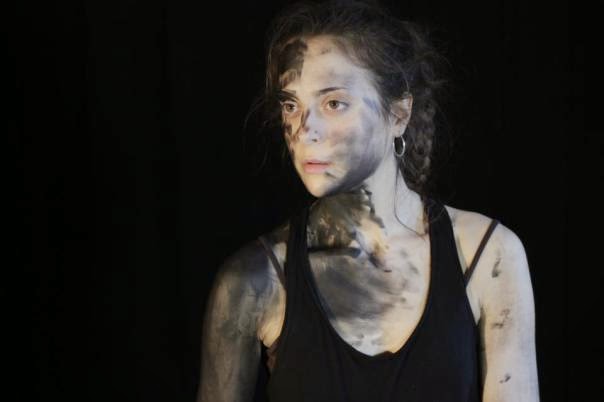 DFSA student Tarik Safraoui's - 'The European Disease' shown at the 'Festival of Antifascist Film' in Reims, France.
The European Disease is a dance video that implicitly, through a dance semiotic and an artistic approach, shows the evolution of Eléna, a 22 year old fictional character, in relation to "the Disease" that infects her country in 2013. This young Greek lady is outraged and deeply affected by the influence of the neo-nazi Party « Golden Dawn » in the nation she grew up in. She can't stand the changes of Greece into fear and into hate, the change of relationships between citizens. The video reveals in three parts her evolution facing the rise of fascism. First she closes herself; the violent, racist and nationalist speech is infecting her body. Then, in the second part, she fights back, she realises how destructive these thoughts are, she takes back the control that she lost. In the conclusion of the video, a link with Nazi Germany is made by a reading, in German, of the Martin Niemöller statement : "First they came..."

Click on the link to view 'The European Disease' blog:

Watch 'The European Disease' here:
Posted by dfsablog at 07:12